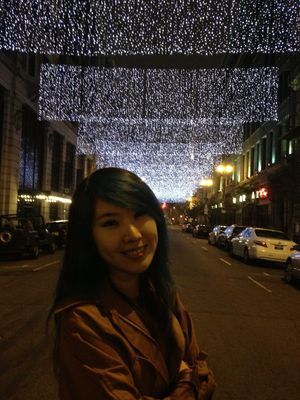 "Writing or singing is never easy for me, but I have to face the dark creatures of my mind’s underworld and take them by the horns in order to stay on the track of growth.

Once a song is done, I know at least I’ve got one beast down. I don’t know how many are left down there, but I’d say keep them coming and I’ll stuff them into a song! I’m like a taxidermist of monsters in my head."

JUNE dARK is a phoenix rising from the ashes, as she takes center stage for her new solo project. dARK is not new to the landscape having been the front woman for the band Clandestine, which received lots of attention in the LA scene. However, on her newly released EP Playing With Fire dARK has full creative control and it shows.

From the first track “Phoenix” to the EP’s final track “Forgive Again” one can tell that this body of work is written from a very personal and vulnerable place, but there is great strength in this. There can never be a shortage of strong vocal female songwriters who aren’t afraid to creep into and draw inspiration from the most sensitive parts of themselves.

Any track from dARK’s Playing With Fire would fit inconspicuously on a playlist featuring Avril Lavigne, Paramore, and Against The Current.
Recently we had the chance to catch up with JUNE dARK to discuss her past, present and future, in this very intriguing edition of Indie 5-0!

1. Your new single “Phoenix,” is our first glimpse of you as JUNE dARK. What went into the making of the new song, from a songwriting and production level?

One day I realized I held onto a negative story in my head that kept me bound to past trauma and disappointments. It was like a catchy song that I hated but couldn’t get out of my head.  Music is my spiritual medium, so I decided I’d try to overcome this by writing a song. I visualized myself playing a big, old grand piano in the desert and setting it on fire. As the piano burned down, I imagined that crappy song going up in smoke. The working title was “Burning Piano,” but as I continued writing the song, the image of a swan crying its last song before dying and a phoenix rising from its grave came to my mind. Often it starts with one or two lyrical ideas, and then I keep finding clues and connect the dots to see the entire constellation.

2. Your lyrics are often dark and filled with raw emotion. What inspires you to write; Does it come from a personal place?

I always had the urge to create something since I was a child, but I didn’t understand the origin of it for a while. Later in my life, I’ve spent a lot of time reflecting on my tendencies and motivations toward making music. If it was for the money or glam, I would have quit music a long time ago. It was something bigger than that. I’ve been searching for a mysterious jewel that I lost in the depth of my heart since the day I realized the world wasn’t a perfect place. Music lets me practice the alchemy of personal transformation. Through creating music, I’m trying to find the true jewel that’s been buried under the piles of a wounded past. I have no choice but to make music, because if I don’t, my unhappiness is guaranteed. Writing or singing is never easy for me, but I have to face the dark creatures of my mind’s underworld and take them by the horns in order to stay on the track of growth. Often, they show up as debilitating perfectionism, nihilism, and resistance to taking actions toward creativity. I have to be vigilant and keep my mind active. Once a song is done, I know at least I’ve got one beast down. I don’t know how many are left down there, but I’d say keep them coming and I’ll stuff them into a song! I’m like a taxidermist of monsters in my head.

3. How does writing and performing under JUNE dARK differ from your past musical endeavors, in particular, with the group Clandestine?

I decided that as JUNE dARK, I’ll approach music from more personal angles. I’ve never talked much about my backstory when I was with Clandestine. I think it was because there were many other band members, and I didn’t want to make it all about me. I thought my personal story wasn’t that important for my listeners as long as they enjoyed the music. But now I think that sharing my inspiration behind the song can be a powerful way to supplement the song because the listeners gain access to the bigger picture, like a high-resolution painting that reveals parts that were pixelated before.

4. You were raised in South Korea, and then moved to Los Angeles as a teenager. What differences do you see in the music scenes of the two very different locations?

I definitely see more diversity in the music scene in L.A. And since it’s the music hub, I get to see pretty much all my favorite bands play live, and I discover new acts whenever I go out to local venues. In Korea, besides K-pop, other music scenes are quite small. But the rock fans there, I think, are actually even more passionate than L.A. concertgoers. They love going to rock festivals every summer and are very supportive of foreign acts. I think since not a lot of foreign bands make it big enough to play in Korea, there’s a sense of novelty too. I used to go out every weekend to see bands that covered my favorite bands from other countries. Remembering those days makes me feel very sentimental. I miss my Korean friends with whom I used to go to concerts together. I think I was even more passionate about music back then because the music I liked was so hard to find in stores and venues. I often forget how lucky I am to have access to the great variety of music in L.A. There’s really nothing you can’t find here regarding arts and culture. I should never take it for granted, but sometimes I feel like there’s no such thing as “novelty” in this city. Maybe it’s because L.A. itself is the novelty!

5. What can we expect from you in the coming months? Is there an album set for release that will be the follow up to your Playing With Fire EP?

I’ll be going back into the studio to work on the full-length album to be released by the summer next year. I expect it to be a versatile, dynamic album that uncovers many different sides of my artistry that has been brewing under the surface.